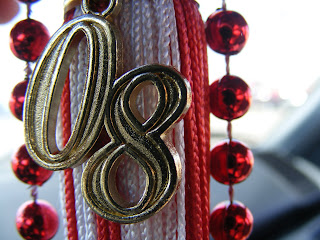 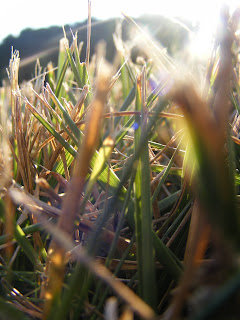 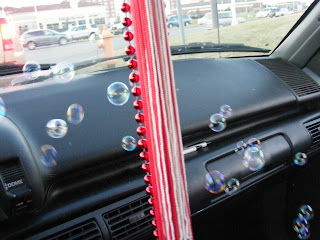 omg... i feel like shit. i do NOT recommend staying up until 3-something smoking, eating fries, and drinking sunny d. i woke up with THE driest throat and a weird-feeling stomach... haha.

alright, so saturday i met nicole in lancaster and then we drove to tricia's 21st birthday party. first of all, we got lost and drove WAY out of our way, wasting gas. gosh. second, there were literally like five people there, all of which i don't really talk to. the attendees included the following: greg chardon, amanda mecozzi, nathan shinn, and karie mcgill. it was awkward, so we left after the boat ride.

next we were on our way home when we saw magic mountain... so we decided to stop to play DDR. but it was crowded, and we were waiting forever for this intense-DDR guy to stop playing. we ended up playing other games while this annoying little black kid kept asking us to give him our tickets. "i'll be a good boy!" lmao. we got BUBBLES!! with our tickets. haha we only had 54 combined, and bubles were 50 tickets, so we were just going to get one bottle. but the guy didn't even count them.... he just grabbed them and was like "you want one bottle each?" and we were like "ya..." hahahaha.

then i took nicole to "uptown" westerville, which i call downtown but whatever. because westerville is lame, almost EVERYTHING was closed. except graeter's, of course. so we stopped in there and got "peach boulevard sodas". so sweet. we wandered around town until finally heading home. at home we watched movies...

yesterday [sunday] i had to go to church with my parents. ACK. whatever. then nicole and i went "uptown"... we went in to Java Central, A NEW COFFEE SHOP!! it's HUGE!! there's like rooms with couches and bookshelves. it's bomb... but it was empty! we were like "why is no one here?!" lol. it's also a shop, so they had random scarves, jewelry, and little trinkets everywhere. after we got our double mocha java blended coffees, we went to the new vintage place. definitely falling in love. then i showed her Heavenly Cup. we decided that if we combined with Heavenly's atmosphere with Java's floor space, we would get athens' Donkey. hahahahahahaha.

so we drove back to lancaster and met her parents at the mall... looked around and nicole got a new cell phone. and then i came home! i got chipotle and watched the Buck live show...

Hey soo what were u smoking???? lol anyways im glad you had fun on ur birthday and i actually got you a little present but i havet seen u yet and yeah but oh well luv yas, ~Kayla~

MAH. man. now america sounds so much fun. glad i'm going back after EVERYONE'S in college.. *^^*.

but yah. guess what!?!? i think i'm getting contacts this week.. TEE HEE HEEEEEEE..

American is fun. im not proud of our government and stuff, but i hate when americans go abroad and talk about how much their homeland sucks and how it isnt really their homeland. I mean, if you actually do hate having food and running water, just shut up about it and stop making poor kids feel bad. omg that was random.. what was i gonna say? oh I like that first pic its SHINY!! what were you smoking? ahhh i need to see pineapple express... heather said something about going to tricia L's bday party lol... i should have gone. just to make it more awkward. except i talk to you and nicole, so i guess it wouldnt be that much more awkward. I want to rent DDR and guitar hero for xbox. is that possible? i need to get on that...