so, um, i'm too lazy right now to put on an awesome array of clothing... sooo i searched through my photos... 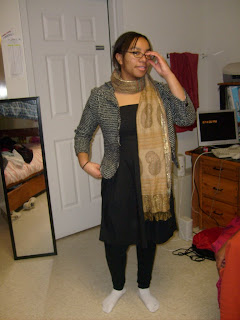 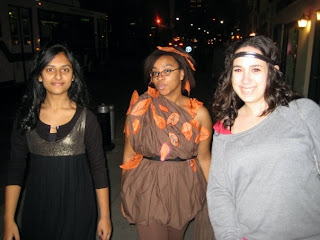 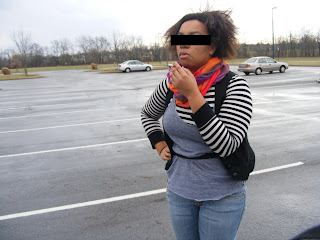 HAHA. i am putting my full confidence in you, you can do anything =) and plus, it helps that you know what i look like, yes?
Posted by alia at 11:11 PM 3 comments:

so i thought it was wednesday until the middle-end of my cultural foundations class this morning. 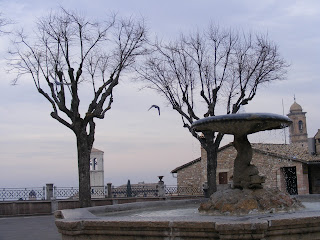 while so many are having a snow day,

i've actually been pretty busy with school work... which, in my opinion, is not acceptable at all. haaaaah.

going to writing class, then i have lots of reading and writing that i didn't finish [or even start] last night.

not feeling too well =/ hopefully it passes

some of these are quite funny:

glassman's cool, but atkins was cooler.

sorry for the lack of posts... my weekend was predictably uneventful. well, in some ways at least.

i watched movies and tv, of course.
friday night we drew each other's dream man: 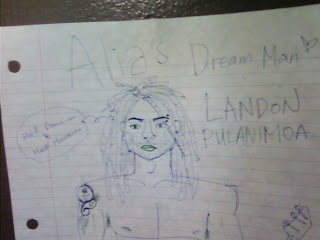 taken from my cell, so sorry if it's blurry. his name is landon pulanimoa. he's hawaiian and dominican, apparently. haha

saturday i didn't leave the dorm at all. we watched Josh, a bollywood west side story. lol so awesome.

sunday was almost a wasted day, but i watched blade runner in the library for my writing class. it was based on do androids dream of electric sheep? which i described a few posts ago. took me forever to write a reaction though. i had to edit and shorten like crazy [it could only be 1-2 pg]

and what better way to celebrate than with a totally random video:

i still want to drop bio, though.

so i didn't want to leave things where they were in my last post. biology schmiology.

also, i have time because i'm not tired, am already done with my work for tomorrow, and don't have class until 11am. i could catch up on sleep, but my roommate just ordered insomnia, so yeah. so i'm going to get my dose of chocolate =) but after that, maybe... umm i can't believe i don't really have anything to say or rant about. other than the ordinary i-hate-college crap. it's getting old, even to me. hah

well in my writing class we read philip k. dick's "do androiods dream of electric sheep?" which was the original inspiration for the movie blade runner. very interesting. about the human race during a post-apocalyptic period where androids have become prevalent, and people are emigrating to mars. it addresses the questions: what is it to be human? what makes one alive? are androids living? after i read it, i was just sort of like "alright, that was interesting, but weird. whatever." but our discussion in class today brought such a new perspective to it all. and i understand the book so much better. and it's intense. we're watching the movie [blade runner] on sunday and writing a response based on our notes.

um because i feel like this blog couldn't seem any more boring, i'm going to go now. lol

goodnight
Posted by alia at 12:11 AM No comments:

so the semester started yesterday. lots of reading... and guess what else? BIOLOGY. whyyy am i taking bio?? i really want to drop and take a sophomore seminar class, but i'm afraid haha. but anyway, my bio teacher already got on my bad side by insanely generalizing left-handed and right-handed people. prof lee: "...that's why people have always thought lefthanded people were slow, weren't as smart as righthanded people." and he went on and on, claiming lefties do certain things - things i do not, in fact, do. he didn't even say "some" or "most", or ask me, the only lefthanded person in the class, if those things applied. 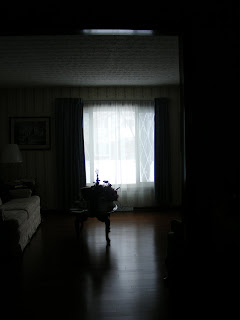 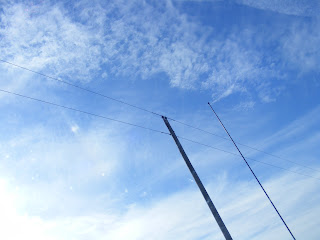 i suppose this is a really pointless post.
i'll be in new york for the next four months.
send me waves of peace, love, and patience.
Posted by alia at 8:50 AM 3 comments: 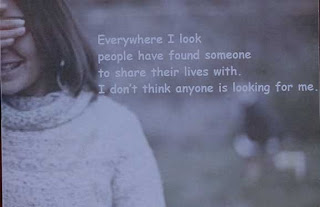 haha get it? albatross & finch...
so my new favorite cartoon may be 6teen, a canadian show about 6 sixteen-year-old best friends that spend their time after school in the local mall. i'm hooked, thanks to tomi's little sister. jude, the blonde, is my favorite haha. after watching a few episodes tonight on cartoon network, i decided to try youtube and was geeked beyond belief to find that a lot of them are there.

i would post more videos, but i'm not that lame baahahaha.
Posted by alia at 9:07 PM No comments:

it IS friday, right?

i've had a strange few days. i guess you could say that i've been relatively relaxed, mainly staying inside to avoid the snowy and insanely brutal cold. but it's also been a bit rough, knowing these are my last few days at home. fksnfwpoei i can't even think of the right words to express how i'm feeling. i've been a mess; sleeping at odd times, crying sporadically, shying away from human interaction. there are actually a lot of things i need to get and do before heading back, but i've been avoiding everything... as if it would all go away if i just didn't think about it. hah. i just wish life was simpler. *sigh* i think i'm going to bed. yeah i know, 11:30 on a friday night. sorry this post completely sucks in the interesting, lighthearted, photo, and video/music departments. i've been off all day.
Posted by alia at 10:56 PM 1 comment: 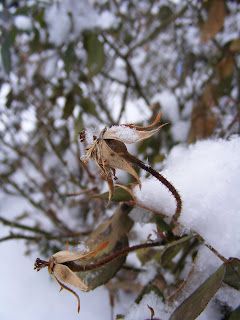 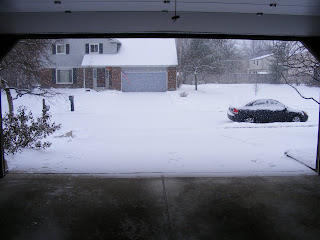 if possible, listen to this: winter song - sara bareilles and ingrid michaelson

this song was running through my head all day. especially when i was spending a few moments in the snow...
Posted by alia at 10:42 PM No comments: this was taken on the first real day of summer vacation last year. right after we had graduated. i was with friends, and those few days... the days between finals and and when we went our separate ways the next week... those days seemed like the happiest time in my life.
Posted by alia at 8:27 PM No comments:

i haven't left the house since friday. hah.

so basically i've spent the weekend inside, avoiding the cold, reading, watching movies, and drinking lotsandlots of tea. (i'm starting to think i've been drinking way too much tea in the last few weeks... because i mean, you know what they say, how too much of something isn't good. moderation etc etc... is 4-8 cups/day bad?)

so for some reason, i decided to listen to gym class heroes for a few hours the other night... just a little while ago, i found this cover they did of red hot chili pepper's "under the bridge". what do you think?

oh, eddie george and his grille!

i swear, eventually i'll post all the worthwhile, somewhat meaningful things i've been thinking recently. i even have a draft from 1-2ish this morning... but for now, you'll just have to settle with this [ninjasonik]:

i smile and guiltily giggle every time.
Posted by alia at 11:47 PM No comments: 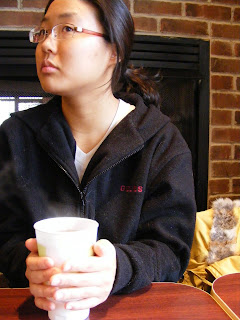 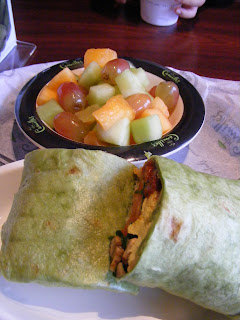 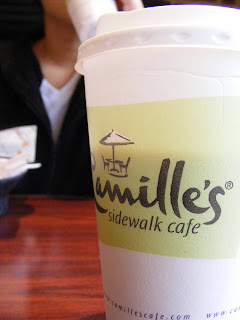 spent the afternoon with soogie and caitlin.
(sorry for such few photos hah)
Posted by alia at 10:06 PM 2 comments:

it makes me feel like one of those delusional, crazy old men. you know, the mad scientist type. wispy hair and ideas. 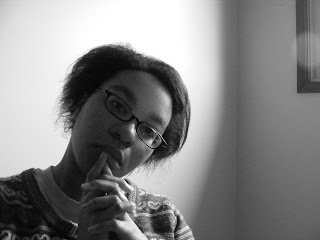 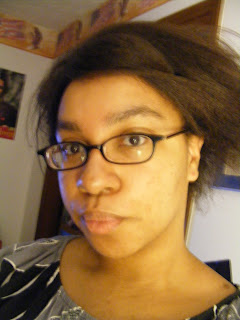 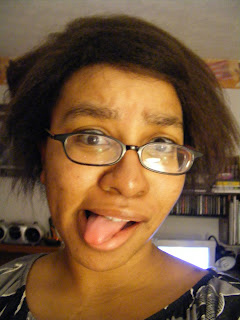 "will you marry me?"

friday night i saw the curious case of benjamin button with tomi. wtf. i knew it'd be depressing, but come on, did it have to be THAT sad? it wasn't even tear-worthy. it was just like "wow, this is really depressing." and i left the theatre feeling terrible; i barely said anything in the car ride home haha.

yesterday, saturday, some of us (jess, danika, nicole, josh, and i) went to the zoo to see the amaaaazing lights. 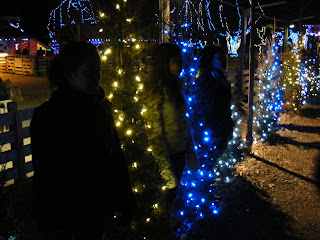 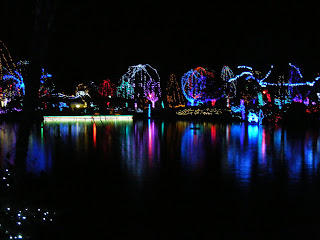 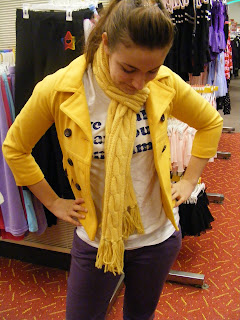 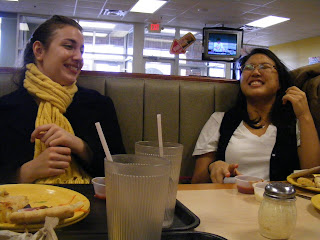 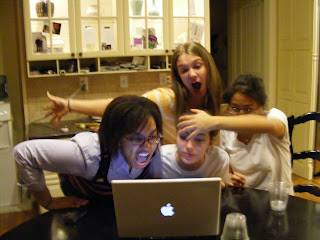 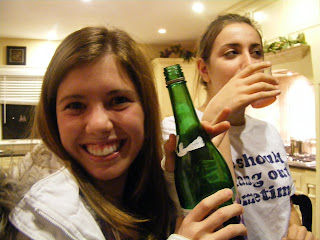 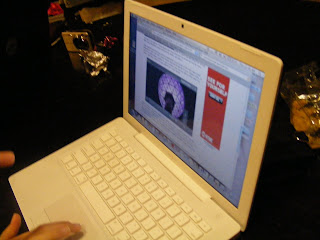 what shall we do this year?

1. stay true to myself

yep, that's basically it. all-encompassing, you know. i feel like in 2008, particularly in the last few months, i did so many things against my nature. i was trying to become someone that i had thought i wanted to be, but recently i've realized that that is not necessarily who i should be (or who i actually am). so this year i plan on staying true to myself, which may include saying goodbye to nyu, smoking, and my straight hair (hah. already working on that). ETC ETC ETC.

and when i'm true to myself, i'm happy. 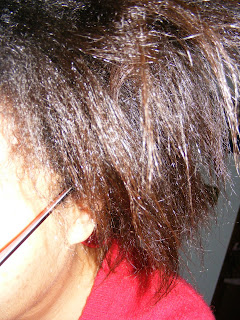 ^me. too lazy to upload photos from last night at soogie's.
Posted by alia at 12:39 AM No comments: