all roads lead to daft punk

or at least that's the only conclusion i could see at 3am this morning
even somewhere in my cold mug of coffee there was a lingering beat of digital love
or some desire for discovery
sorry shakespeare but the knocking within just can't beat the knocking without
the drum and pitterpatter of sleepy faces colliding in fluorescent sunday delight
i know it's not sunday or even the weekend really yet but
his face silhouettes the board in such a way
the calendar shifts itself to make sense of the terrain
terrain tearing hurricane came
and shame washed over me as the picture fell slid off the wall words melted and evaporated
in the stillness the heavy still pause between a sentence and an epiphany in that sturdy suffocating breath i found the road the path that bodhisattva couldn't even deny
yeah shantideva would feel fill crush in the thousands of pieces pierce the awakened womb one more time take buddha's seven steps againagainagain
againagain
until face to face with the ment light en light ning high life
after all we're all just electrons electriccellular bits of atomic bomb matter
after all we're human after all
Posted by alia at 10:07 PM 2 comments:

where's your wing heart, love?
he whispered gently in my ear, sending individual hairs fluttering in the air.
i just looked out the window, silent as the light warmed the windowsill and spilled onto the floor, revealing the dancing dust particles.
he continued, you can't always cling to empty windowsills.
remember what you told me? he asked.
i tried to remember, and couldn't.
i remembered the words, but not why i said them, couldn't understand how they could have ever meant anything to me.
find your wing heart, he said and brushed his fingers against the back of my arm. i felt beard and lip lightly meet my shoulder.
i watched as the light dimmed, a momentary cloud existing somewhere overhead. i felt the storm without even needing to lift my head or open my heart eyes.
Posted by alia at 4:16 PM 2 comments: 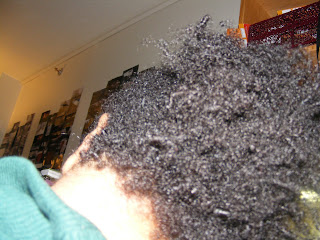 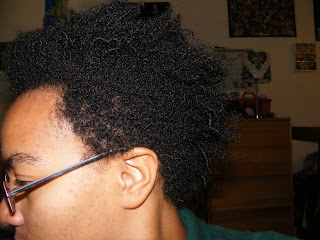 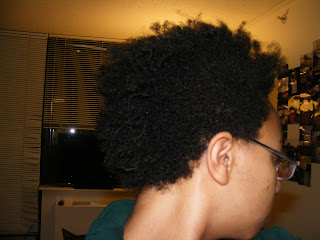 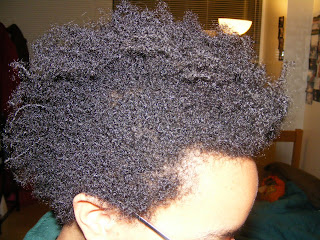 my hair is either not photogenic, or this is indeed a shitty haircut? haha. i tried to take some decent photos, but they didn't turn out very well. it was a lovely distraction from my midterm essay, though.
Posted by alia at 6:50 PM 2 comments:

somewhat very tired of everything.
i'll take 2, 3 naps in one day,
and still never wake up.
nothing seems to shake this fatigue.

my journal scraps (too lazy to make a new one, too cheap to buy one) are full of depressing reflections/philosophy.
Posted by alia at 1:06 AM 2 comments:

why the fuck did i come back?

i've never felt so strange in my own body, she thinks.
she had let the shower get hotter than usual, maybe in an attempt to steam away the new problems.
now, face towards the tub floor, she feels the water hitting her skin, sliding down her body.
she looks at the curves and imagines them more pronounced,
wonders if the swelling has already begun.
but maybe there's nothing to swell, she reasons hopefully.
she wants to cry, but nothing comes out.
maybe they're being steamed away.
maybe it'll be steamed away.
she tries to picture the worst case scenario.
worst case scenario, isn't that what they say.
she scrunches up her face, her fingers scrub lighter than she wishes.
pain, shame, loneliness, it all flashes before her eyes,
images of her being that girl.
that girl, they'll say.
she had so much going for her, they'll say.
how did this even happen, they'll ask.
and she'll just stare because she won't have a better answer than anyone else.
she thinks this all now, standing still under the shower head, done with washing
but feeling like there's something more
like some dirt beneath the surface, something wrong flowing in her veins.
she imagines her next conversations, how they could be the worst of her life.
strained, awkward, full of heavy air, the kind she's used to but new in a sense.
they'll be new because this is new. she reasons that everyone must go through this sometime, yet even as she begins to think it, it doesn't feel true. she's alone.
she's been alone the last few days, walking under the burden of this new secret.
nothing has felt quite important. even now, in this bathroom, she wonders how this could possibly matter months from now. maybe years from now.
it'll matter, she admits, i guess. or maybe it won't. maybe this will all be nothing but an anecdote.
she tries to imagine retelling this story, in the other perspective, days and weeks from now. as she stretches and examines her arms in the mirror she tries to picture another man, more men, touching them. she tries to think this all funny, form words to fill letters to friends, oh i was so worried, she'll write, over nothing.
it wasn't possible really, she'll mockingly admit, as if she had been in on the joke all along, as if she knew this all wasn't a real threat.
but now, it is all very real. and as soon as these thoughts begin to take shape in the steam, they disappear at the sharp face in the mirror.
she's distracted, she can't help it, it's become a habit in the last few days, to steal a glance at her stomach in the mirror, to run a hand across her belly, poking skin and feeling the tension and muscles beneath.
she does that now, trying to detect any change.
no, she thinks, not yet.
Posted by alia at 11:37 PM 2 comments:

"you wake up in the morning and nine times out of ten you don't know why you're living."
Posted by alia at 12:46 AM No comments: